Are you an American citizen or living in the USA? Then you’re smart to be looking for a VPN service that will help you keep your private communications private. A quality VPN can also allow you to browse the internet securely on unsecured wifi networks, access Netflix while travelling internationally, or download files anonymously.

Welcome to our guide: The best VPNs for the USA

In it you’ll learn:

Americans are lucky. Our internet access is largely unrestricted (ISPs don’t block websites or google searches). That said, we are also subjected to some of the most invasive spying and data collection of any country on earth.

There are no restrictions placed on the use of VPN services in the USA. Americans can use a VPN whenever, and wherever they like. And best of all, VPN providers aren’t burdened with the data collection requirements as traditional internet services.

This means, a US-based VPN provider can choose to keep no logs whatsoever, regarding their customers’ internet usage and VPN connection history. In fact, several VPN companies take full advantage of this, and many of the world’s most popular ‘Logless’ VPNs are based right here in the USA.

Here are the most common VPN uses by Americans:

How to choose a VPN provider (for Americans)

All VPN services are not created equal and there are many factors you should weigh when choosing a VPN service.

And then of course, price is almost always a consideration when choosing a service, though don’t make it your top priority.

If all this seems confusing, don’t worry. We’re going to give you our top recommended providers overall, as well as sorted by the most common VPN uses for people living in the USA.

This will really help you narrow down your choices, and then you can checkout our VPN reviews to help you make the final decision.

Here in the USA, we have access to most of the world’s best streaming services (except BBC iPlayer). But what happens if you’re travelling in Europe and want to access Netflix. It’ll be impossible unless you have one of these Netflix-compatible VPNs.

You can also use a VPN to get around sports package blackouts. If you have an NFL streaming subscription or MLB.TV, NBA, etc, just change your location by switching to a different VPN server, and you can instantly unblock blacked-out games.

NordVPN’s SmartPlayTM technology makes them one of the last VPNs in the world that still works with Netflix (USA Netflix only). They have dedicated streaming-optimized servers that have ultra-high bandwidth for up to 4k streams from USA or UK-based streaming services.

ExpressVPN is Netflix-compatible, though you may have to contact their (awesome) tech-support team to get it working properly, and they will set this feature up on a per-user basis. It also works great with iPlayer, Kodi, and other streaming services. It’s also one of the fastest VPNs, definitely capable of 4k streams.

ExpressVPN is a bit pricey, but their service, software & support are excellent. It’s worth the $ if you can afford it. Includes 30-day, 100% refund policy.

These VPNs are a great choice for the average VPN user. They’ve got solid security, good speeds, and well-designed software. We favored companies that have their own custom VPN app for all major platforms (Windows/Mac/iOS/Android). If you frequently use public/open wifi networks at Starbucks/Library/Parks, etc. then you definitely need a VPN.

If you just want day-to-day security or strong encryption when travelling, these will do nicely:

Private Internet Access has over 1 million subscribers, making it one of the most popular VPN providers in the world. Why? Their impressive feature list combined with an ultra-low price. Oh yeah, and they’re a ‘no-log’ VPN to boot.

Their software is lightweight and very stable. You can even customize your encryption settings to favor speed or security, depending on your current usage. This is the VPN we recommend most people try first, and it’ll fit the needs of 90% of users perfectly (no Netflix support though).

VyprVPN is one of the oldest USA-based VPN providers, and still one of the best. Their software is one of our top-rated. It’s beautiful, stable, and easy to use on all platforms. Even better, Vypr is Netflix-compatible, and one of the world’s fastest VPN companies, because they own their own data backbone.

VyprVPN doesn’t allow BitTorrent, but all other VPN uses are fair game.

Bittorrent is still the most popular file-sharing protocol in the world, and Kodi usage is exploding in the US and globally, thanks to the popularity of 3rd-party streaming addons. Kodi has become the perfect cordcutter app.

We recommend all Bittorrent/p2p downloaders always use a VPN when torrenting. BitTorrent’s public architecture (everyone can see what you’re downloading) means privacy is incredibly important. By using a ‘Zero-Log’ VPN service, you can make your torrent download history encrypted and virtually untraceable.

Each of these torrent-friendly VPN providers has a true ‘No-Logs’ privacy policy. Each also includes a Socks5 proxy (in addition to VPN service) which can be configured directly inside your torrent software for even more privacy.

IPVanish is a USA-based VPN provider with a zero-log privacy policy. Their parent company owns one of the largest data backbones in the USA, so IPVanish can deliver fast speeds than other VPN services.

They are 100% torrent-friendly, and also support Kodi.

Priced from $6.49/month, IPVanish is an excellent value and should be your 1st choice if fast speeds are your #1 priority.

Read: How to use IPVanish Socks5 proxy with uTorrent/Bittorrent/Vuze

Private Internet Access is the original ‘non-logging’ VPN company, and amonth the first mainstream VPNs to fully embrace Bittorrent/p2p users. Their privacy policy has been tested (and supported) in court by the FBI, and about as good as it gets for a cheap, torrent-friendly VPN service.

Security/Privacy/Spying concerns in the USA

In the past, much of the consumer-VPN usage in the US was driven by the desire to access global streaming content or keep file-sharing histories private. Edward Snowden changed all that.

Because of the classified documents he leaked to journalists, Americans now know that secret government and NSA surveillance applies to US citizens corporations, not just bad guys.

We don’t have anywhere near the level of privacy we thought we did, but you have the power to reclaim much of that privacy.

USA-based VPN? Or another country?

A common question we get asked is…

“Should I choose a VPN from a different country, or US-based VPNs safe?”

The answer, of course is: “It depends…” But,

Most people should trust VPNs based in the states.

Now can you 100% trust that your VPN provider who advertises a ‘no logs’ policy actually doesn’t keep logs (or share data with the NSA)? Of course you can’t. But the NSA isn’t chasing you, right?

Read: our review of the only VPN who proved their ‘No Logs’ policy in court

If you’re a more privacy-minded individual, you may be interested in a so-called offshore VPN provider, located in a famous privacy haven like Panama, Seychelles, The Netherlands or Switzerland.

VPN services headquartered in these countries tend to be popular with Bittorrent/uTorrent users, hackers, and privacy advocates. VPN services from these countries may be less vulnerable to government spying oversight, but they’re also less accountable to their users, if they betray the trust you’ve placed in them.

Some of the top non-USA (and non-logging) VPN providers are:

Data retention laws in the USA

Most major corporations retain some transaction or usage data, whether for their own analysis or cooperation with government agencies. Included in this group are ISPs (internet service providers). Technically there are currently no laws requiring an ISP to keep subscriber metadata in the US, but most do.

Many of the nation’s largest internet and phone providers keep usage metadata (who you called, your current IP address, etc) for 6 months or more. This includes companies like:

Many ISP’s also keep even more invasive logs, which could include lists of websites you’ve visited, or even files you’ve downloaded. By using a quality VPN (and plugging any VPN leakages), you can prevent your ISP from monitoring your online activity. They won’t even be able to see what you’re doing online!

Fortunately, VPN providers are exempt from these logging requirements which is why the USA is one of the few countries where you can find a VPN that doesn’t keep any logs at all.

In general, VPN providers will almost always log less information than your ISP (internet provider) and will usually destroy these logs after a few days or weeks. Using a VPN also makes it impossible for your ISP to accurately track your online activity, greatly improving your privacy.

The NSA’s massive data harvesting and decryption programs are no longer a secret. Because the NSA has more legal authority in the USA than anywhere else in the world, it is reasonable to assume they can put more pressure on US-based encryption services to give them access to encrypted data, VPN keys, backdoors, etc.

We will probably never no for sure whether the NSA has access to any/all US-based VPN services, but it’s a reasonable possibility that they can decrypt at least some US VPN traffic.

Though this may worry you, I just want to point out that the NSA does not care what you do online as long as your aren’t a threat to national security. In fact, the NSA isn’t even allowed to spy on American citizens, only foreign threats. And I’m quite certain the NSA doesn’t consider downloading torrents a national security threat.

In fact, the NSA is only allowed to store your data as long as it’s encrypted and un-cracked. Once they successfully decrypt your internet traffic (whether by brute force or a backdoor), it must be discarded once determined to belong to domestic internet traffic.

So bottom line: Be aware that the NSA may have access to your data, but there’s no real reason to be concerned.

The choice of whether to choose a VPN service based in the United States or not often comes down to personally preference. In general though, most users will have a better experience with a US based VPN, so unless you have major privacy concerns, look at US Providers first.

Advantages of a USA VPN

Advantage of a Foreign VPN

These guide is a great place to start your search for the perfect VPN. Next up, check out our VPN reviews to compare providers performance and capabilities.

As far as a simple recommendation, let me break down our top picks by purpose: 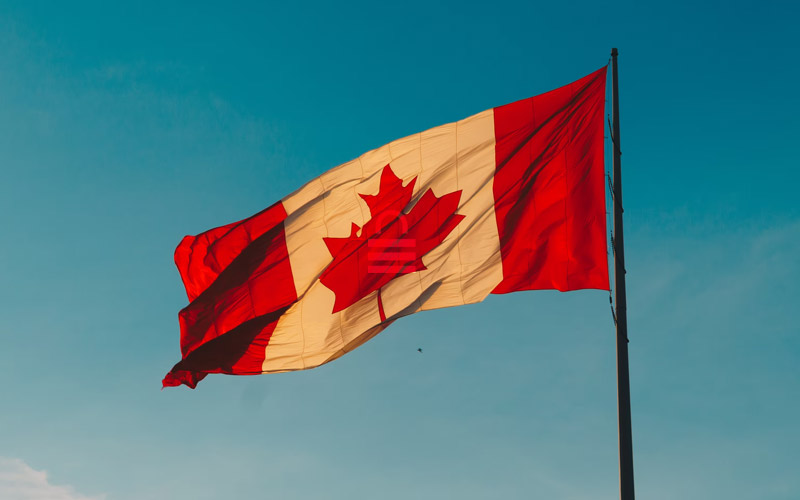 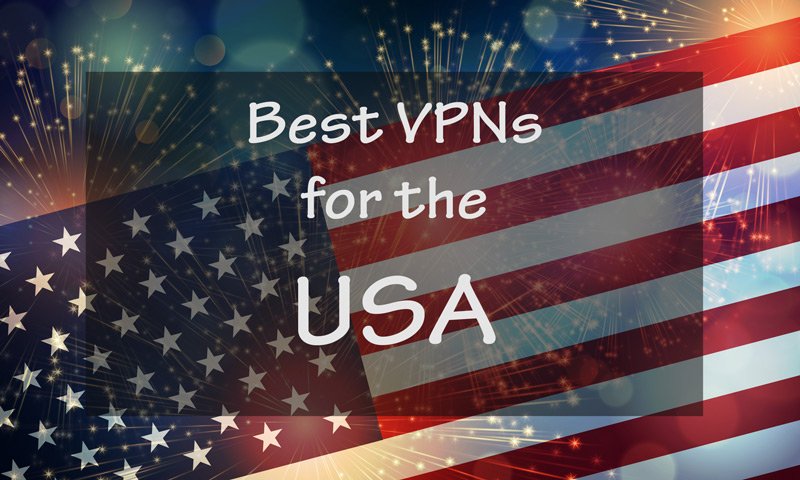 The Best VPNs for the USA

1 thought on “The Best VPNs for the USA”