There are several reasons you might want to use a VPN for League of Legends.

In this guide, I’ll walk you through the reasons to consider a League of Legends VPN, which services I recommend, and how to set everything up.

We’ll also look at important considerations like latency (ping) and how to troubleshoot connection errors if they occur.

Do you need a VPN for League of Legends?

Whether you actually need a VPN for LoL depends on a couple factors.

Do any of these situations apply to you?

Advantages of using a VPN

These are the most common reasons you’d want to use a VPN for League of Legends. Explore the reasons for each use-case and learn how effective a VPN might be for that purpose.

Is it hard or impossible to access LoL servers where you live? Are you trying to play on a firewalled network like at school, work, or even on a plane?

Effectiveness: Can you use a VPN to unblock league of legends?

Yes. Using a VPN is the best way to circumvent a firewall and access blocked gaming servers like LoL. VPNs use strong encryption making it impossible for the firewall to know you’re connected to a gaming server.

In fact, this is the most effective use of a VPN for gaming, to access servers that would otherwise be blocked. As long as your VPN can tunnel through the firewall, it should work with LoL. If your VPN is blocked, consider a service that offers stealth protocols.

The VPN tunnel uses strong encryption (as strong as your bank’s website) to obscure the source and contents of your internet activity. Once the VPN tunnels through the network’s firewall, it will be decrypted at the VPN server and then routed to your LoL game server.

It’s a good idea to choose a VPN server located near the LoL server you want to connect to.

DDOS (Distributed Denial of Service) attacks are an unfortunate reality in gaming, especially if you’re talented or playing ranked matches. If you’ve ever been targeted by a DDOS attack, you’ll know it sucks. Bad.

You’re ping skyrockets, your connection gets unusably laggy, or you might get disconnected from the server altogether.

DDOS attacks are targeted at an IP address. Most people have static IP addresses for their broadband connection, meaning you can’t easily change your IP address. So if you’re being DDOS’d, there’s no easy way to evade it. You just have to wait it out. Unless you have a VPN.

VPN providers have thousands of IP addresses, and you can easily switch between them. If one is being attacked by a competitor, just get a fresh IP with one click. Quality providers also have strong NAT firewalls that filter out the spammed DDOS packets, so they never reach your device at all.

Internet Throttling is the dirty little secret of the broadband industry. Multiple internet providers (ISPs) were accused of throttling here the the USA, even when it was illegal. Now that net-neutrality has been repealed, throttling is actually allowed.

That’s right. Your internet provider can slow internet speed for certain sites or services, including games (like League of Legends).

How a VPN can prevent throttling and improve LoL performance

While internet providers are allowed to throttle specific types of traffic, they still have to deliver the same overall speeds you’re paying for. When you use a VPN, it wraps all your internet traffic in strong encryption, making it impossible to separate your gaming packets from your Netflix from general web browser. In cases where you were being throttled, using a VPN can actually improve speeds and decrease ping.

Most gaming servers for popular games are regional. They group players together from a specific region, which has several benefits, notably players will have lower pings (on average) and they will have similar latency, making for a level playing field.

But what if you want to play with friends in a different area of the world? Use a VPN to access other regional LoL servers.

Before starting a new game, open your VPN software, and connect to a server location in the country where you want your virtual location to be. So if you want to use a US game server, connect to a US VPN server too.

For the average player, anything under 100ms is considered a good ping for League of Legends. But the better you are, the more important low-latency becomes.

Pro League of Legends players are accustomed to insane 10ms pings, and 100ms feels like an eternity. So if you’re serious about leveling up your skills, it’s worth trying to shave as much latency as you can. And a VPN might be able to help with that.

Every step in your network connection ads latency, from your wifi network to the backbone switches your packets get routed through. Once you’ve optimized your router and home network, you’ll get the biggest improvement by choosing faster DNS servers.

And using a VPN one way to do that.

How a VPN can improve ping

Most VPNs have their own custom DNS servers, or allow you to specify your own 3rd-party DNS. Some VPNs also own Tier-1 data infrastructure, which is the huge transnational data pipes that route internet traffic around the world.

By using one of these VPNs, you might get better packet routing and lower latency than without.

There are two companies that use tier-1 routing:

Best VPNs for League of Legends

There are 100’s of VPN providers to choose from, but we only recommend a handful of them. These hand-picked VPNs will give you better speeds, lower ping, stronger security and more server locations than the competition.

ExpressVPN is a premium VPN service with top-tier performance. They have some of the fastest servers around, and they’re not over-crowded like many cheaper VPNs.

Express’s server network is extensive, currently in more than 94 countries worldwide, which puts you closer to your LoL game server.

You’ll also appreciate their new Lightway protocol, which is faster and has lower latency than legacy protocols like OpenVPN. Currently Lightway is proprietary, so ExpressVPN is the only provider that offers it. In my testing, I got a 44ms ping time using the LoL ping test while connected using Lightway.

IPVanish is a zero-log VPN based in the United States. They were founded by Highwinds Networks, one of the largest Tier-1 data providers in the U.S. In other words, they have direct access to the fastest data pipes in the world. That means less lag, lower pings, and higher LoL rankings.

Currently their owned by J2 Global (who also owns PCMag) but they’re still kept the core team and remain a top gaming VPN. IPVanish also owned Lag Assassin, an early GPN (basically a VPN just for gaming). So gamers are part of their core audience and performance reflects that.

NordVPN has steadily increased their market share since they launched 7 years ago. And they’ve done so with a killer combination of features, speed, and price. They were one of the first VPNs to really go after the Netflix & streaming market, and they’ve been circumvented the Netflix blockade successfully for years.

NordVPNs speeds have improved with their popularity, and they’re now among the fastest VPN providers. Beyond speed, Nord also offers zero-log privacy, and a host of special-use servers like double-encryption and Tor over VPN.

League of Legends gamers will appreciate Nord’s fast speeds, their large list of server locations, and adoption of the (faster) Wireguard protocol for lower latency and better VPN speeds.

Additionally, NordVPN has a built-in kill-switch, and their software allows you to specify custom DNS servers, which may help lower your ping.

So if you want a VPN for more than just gaming, consider NordVPN. It’s great for streaming, Netflix, Torrenting, and general security. And it even includes both SOCKS5 and SmartDNS service. It’s a fantastic value, especially if you choose the 2-year subscription which starts around $3.99/month.

Private Internet Access has been a legendary zero-log provider for a long time. And they’ve done it with quality service, a real commitment to privacy, and incredibly affordable pricing. In recent years, they’ve expanded their service even more with better software, more server locations, a stealth protocol (shadowSOCKS) and Netflix compatibility.

In fact, it’s hard to find anything missing. PIA does almost everything well, and their latest software client is one of the best in the industry.

One feature that gamers will appreciate is PIA’s port-forwarding option. In fact, they’re one of the only VPNs that allows port forwarding on their network. This should help resolve VPN connection issues with League of Legends. And with a little creativity, you can even use it to get free wifi on in-flight wireless networks like GoGo.

Hide.me is a freemium VPN service, that entices users with a truly-free plan (up to 10GB per month). Hide.me really impressed me when I tested their service for our recent review.

While speeds were a bit tame, everything else about the service is quite good, including their software which I really liked. Hide.me is a good choice for streaming, and is compatible with popular services like Netflix, Hulu and HBOMax. They’ve also got a VPN Browser Extension if that’s something you’re into.

League of Legends does use a fair amount of bandwidth, but it’s not as much of a data hog as streaming video, so you might be able to squeeze several gaming sessions out of the free plan, before you even consider upgrading.

Hide.me is also a good way to test if using a VPN will help with throttling or lag before you subscribe to a premium service.

Can you use a VPN for League of Legends?

Yes. League of Legends does allow VPN usage, and even has some helpful troubleshooting tips in their documentation. The right VPN can help you block DDOS attacks, prevent throttling, and access multiple server regions.

What’s the best VPN for League of Legends?

The best VPN depends on a number of factors, but the most important are: fast speeds, wide server availability, good software, and a lightweight protocol like WireGuard. ExpressVPN and IPvanish are two of the best options.

Does a VPN increase your Ping?

If the gaming server is far away from the VPN server, you may have increased latency and a higher ping. But if your VPN has servers near game server, your ping could actually drop thanks to better peering and reduced throttling.

Can I use a Free VPN?

Yes, there are several Free VPNs that work with League of Legends. Hide.me VPN is our favorite (10GB of free data per month), but Windscribe, ProtonVPN, and Betternet are all decent options. 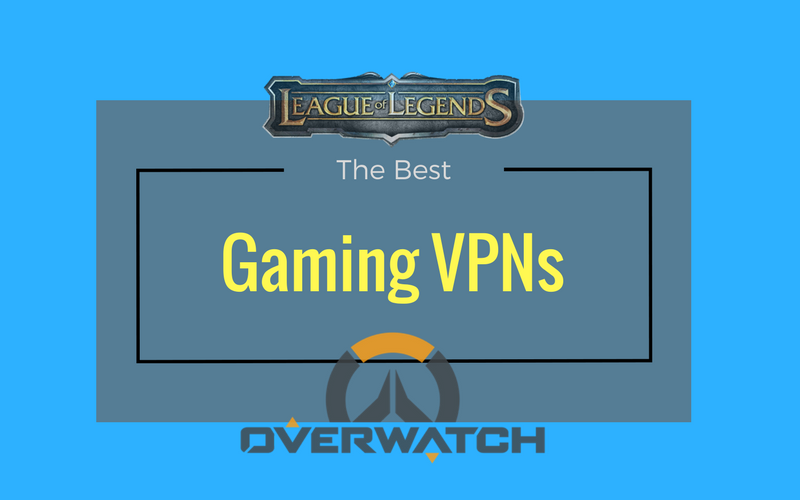 The Best Gaming VPNs (and why you need one)

How to detect & stop Throttling by your Internet Provider